For more information, see the TalkOrigins Archive article:
Many famous scientists were creationists 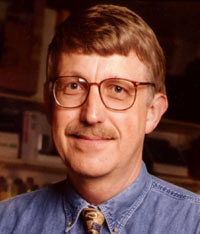 Dr. Francis Collins is a geneticist known for his leadership of Human Genome Project and his Christian apologetics 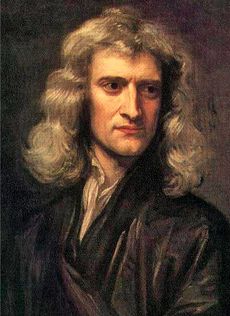 For more information, see the TalkOrigins Archive article:
Lord Kelvin was a creationist

For more information, see the TalkOrigins Archive article:
Linnaeus was a creationist

For more information, see the TalkOrigins Archive article:
Babbage was a creationist

For more information, see the TalkOrigins Archive article:
Fabre was a creationist

For more information, see the TalkOrigins Archive article:
Louis Pasteur was a creationist

For more information, see the TalkOrigins Archive article:
Steno was a creationist

The argument from admired religious scientists exists in several forms:

The difference between the first and second forms of the argument is subtle but important: a scientist may, for instance, believe that God intervenes in the world by performing miracles. However, she is expected to set aside her belief in miracles while working as a scientist: there is no objective evidence for the existence of miracles. They are therefore, at best, a highly-speculative hypothesis.

The second form of the argument is simply ad populum, an appeal to popularity. Since most people in general believe in a god, and since all scientists are people, it makes sense that a high number of scientists believe in a god, whether or not this is derived from their understanding of science. However, this tendency toward belief does not make the assertion of any god being true.

The third form is a combination of the argument from authority and of the argument by intimidation. "X is true because Y says so" is a fallacy. The truth of a statement about the world does not depend on who believes it, but why they believe it. And smart people can still believe things that aren't true. Newton, for instance, was a believer in astrology and numerology and was even an alchemist.

The fact that a person is an expert in one field does not grant expertise in unrelated fields. The fact that a man is a brilliant auto mechanic does not mean that he is also an expert at baseball or cooking. Likewise, Newton's or Einstein's knowledge of physics do not give them special insight in theology.

Creationists are fond of circulating lists of scientists who believe in divine creation. However, invariably most of the scientists on the list died before Charles Darwin presented his ideas. It is unfair to imply that these notable scientists would reject the theory of evolution, when they never had a chance to become acquainted with it.

Organizations like the Institute for Creation Research, Answers in Genesis, and the Discovery Institute also make this argument by touting the academic degrees of members of their staff. However, these scientists rarely do creationist research in their field of expertise.

Although one cannot prove this, it is likely that intelligent individuals who profess to believe in god only pretend to do so because they believe in beneficial consequences of belief but not in the irrational dogma supporting religious beliefs. They may think that belief in god and religion represents the best way at present to preserve civilization and pass on moral, ethical and cultural norms to the next generation. This seems to be consistent with the stances of Bill and Hillary Clinton and Barack Obama who appear too intelligent to accept irrational arguments but nevertheless support religion. It is also consistent with the greater acceptance of atheists by more intelligent individuals as exemplified by the recent pro-atheist statement made by Queen Elizabeth regarding the value and worth of non-believing British citizens.

Scientists are less likely to believe in God[edit]

Although most people do believe in God, numerous surveys have shown that scientists tend to be far less likely to believe in God than the general public.

A 1996 survey in Nature indicated that 60.7% of randomly selected scientists express disbelief or doubt concerning the existence of God. Even more striking, however, was a 1998 survey that focused on members of the National Academy of Sciences. This survey discovered that only 7% of these members of the highest tier of scientific achievement believed in a personal God, while 72.2% were willing to state that they personally disbelieved in such a God.

The bottom line seems to be that the more highly trained a person is in science, the less likely they are to believe in God.

As a counter-point to lists of creationists who doubt evolution, the National Center for Science Education has produced their own list, known as "Project Steve."

Much of the weight of the argument vanishes when one understands the history of science. Richard Carrier and others have argued that religion and naturalism have always been in conflict and that science has simply won at this point. Famous scientists of the past were theists but they were theists because that was a reasonable conclusion one could draw from the evidence at hand. The Roman scientist Galen for example argued against the idea evolution (different from the Darwinian sense) by referring to the amazing designs of humans with references to valves, pumps, and ropes. And that from a natural standpoint this was an acceptable conclusion one could draw from the evidence. Galen's god was not all-powerful or perfect because bones were breakable and tradeoffs had to be made, and his beliefs were proportioned to the bulk of the evidence. Throughout history the evidence was such that reasonable people could be theist based on the evidence. Finally after Darwin, the endpoint to a functional epistemology was atheism rather than a rational deism. As such many historical scientists might well have been atheists had they have the evidence we had today. It is quite telling that the vast majority of top scientists before Darwin were theists and the vast majority after Darwin were atheists.

The lists of scientists therefore could simply be endemic of the most reasonable conclusion to draw from the evidence we had at some particular point in time.

Variant: evolution was opposed by many admired scientists[edit]

This argument has also been applied to evolution:

"Opposition to Darwinism came immediately from many brilliant scientists.[4]"

Scientists are subject to human biases, such as the confirmation bias and it can be difficult for some scientists to accept recent breakthroughs. This does not invalidate the break through. Perhaps the most famous example is Albert Einstein's discomfort with quantum mechanics despite it being a highly successful theory. The vast majority of modern scientists accept evolution as true.