For more information, see the Wikipedia article:
Breaking the Spell: Religion as a Natural Phenomenon 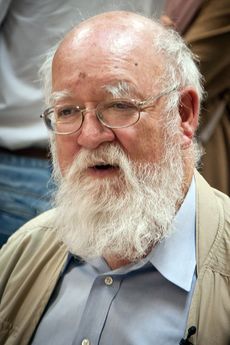 Breaking the Spell: Religion as a Natural Phenomenon is a book by philosopher Daniel Dennett, in which he advocates studying religion like any other human endeavor.

One of the central ideas in Breaking the Spell is that of "belief in belief". That is, that most people believe not so much in God, but in the desirability of believing in God.

Dennett summarizes chapter 8, which deals with this, as follows:

"The belief that belief in God is so important that it must not be subjected to the risks of disconfirmation or serious criticism has led the devout to "save" their beliefs by making them incomprehensible even to themselves. The result is that even the professors don't really know what they are professing. This makes the goal of either proving or disproving God's existence a quixotic quest—but also for that very reason not very important."