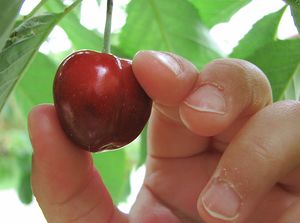 A Christian pacifist might quote the sermon on the mount:

"But I say unto you, That ye resist not evil: but whosoever shall smite thee on thy right cheek, turn to him the other also."

"Thou shalt not lie with mankind, as with womankind: it is abomination."

Theists often cherry pick which groups to discriminate against without any consistency. For example, certain Christian shop owners refuse to serve gay customers but would serve an adulterer. They argue that adultery is a "different kind of sin", which is special pleading. [1]