Differences between the Gospels and the epistles 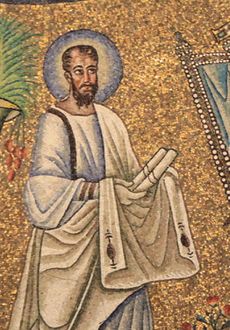 Paul the Apostle, mosaic from the end of 5th Century

Paul the Apostle was one of the most significant promoters of Christianity in the early church. He wrote most of the epistles in the New Testament. However, his views seemed to differ from the teachings of Jesus in the gospels and the early church in Jerusalem.

"Paul was the [...] first corrupter of the doctrines of Jesus"

"Historians have long puzzled over the “Silence of Paul” on the most basic biographical facts and teachings of Jesus. Paul fails to cite Jesus’ authority precisely when it would make his case. What’s more, he never calls the twelve apostles Jesus’ disciples; in fact, he never says Jesus HAD disciples –or a ministry, or did miracles, or gave teachings. He virtually refuses to disclose any other biographical detail, and the few cryptic hints he offers aren’t just vague, but contradict the gospels. [2]"

It is difficult to argue that Paul corrupted the teachings of Jesus when his accounts were written decades before the Gospels. Also, the Gospels were clearly written as scripture, not history, based on their style and content. This means the Gospels are less reliable historically than the epistles.

The Bauer thesis is the idea that a diversity of views existed in early Christianity. This collection of views was replaced by an orthodoxy of belief in Jesus as god, and a theology in agreement with Paul the Apostle. The consequence is that the interpretation of Jesus that prevailed in Christianity is largely arbitrary. While this view is popular, it has been sharply criticised by many historians.

Historians such as Richard Carrier argue that the epistles better represent early Christianity, and the Gospels were later additions that modified the original message.

Jesus of the gospels rarely mentions salvation but talks constantly about the Kingdom of God. [3] He said he was sent to "proclaim the good news" Luke 4:43

which contradicts the idea his primary role was to be resurrected as part of atonement and salvation.

"[Paul's] worship was that of a "Christ" totally unrelated to the Jewish Messiah, a nationalist (and human) figure that was supposed to free the nation from foreign (Roman) rule.[...] Paul's originality lies in his conception of the death of Jesus as saving mankind from sin. Instead of seeing Jesus as a messiah of the Jewish type human savior from political bondage, he saw him as a salvation-deity whose atoning death by violence was necessary to release his devotees for immortal life. This view of Jesus' death seems to have come to Paul in his Damascus vision. Its roots lie not in Judaism, but in mystery-religion, with which Paul was acquainted in Tarsus. [...] the Jerusalem Church did not practice the Eucharist. [...] His writings also clearly express the doctrine that salvation is not achieved by conforming to Mosaic law. Salvation is through faith in (or knowledge of) Jesus Christ.[4]"

The followers of Jesus in Jerusalem apparently remained Jewish and continued to follow their customs. Acts 2:46

"Paul's new doctrine, however, met with disapproval from the Jewish-Christians of the Jerusalem Church, who regarded the substitution of Jesus' atoning death for the observance of the Torah as a lapse into paganism.[4]"

Original sin is not mentioned in the Bible outside the epistles and seems to be an innovation by Paul.

Main Article: Jesus existed and was deified by later Christians

"Paul was first Evangelist to expound the doctrine of Christ's divinity.[4]"

"Paul was summoned to Jerusalem by the leaders James (Jesus' brother), Peter, and John to explain his doctrine (c.50). At the ensuing conference, agreement was reached that Paul's Gentile converts did not need to observe the Torah. This was not a revolutionary decision, since Judaism had never insisted on full conversion to Judaism for Gentiles. But Paul on this occasion concealed his belief that the Torah was no longer valid for Jews either. [...] At a second conference in Jerusalem (c.55), Paul was accused by James of teaching Jews "to turn their backs on Moses" (Acts 21:21). Again, however, Paul evaded the charge by concealing his views, and he agreed to undergo a test of his own observance of the Torah. His deception, however, was detected by a group of "Asian Jews" (probably Jewish Christians) who were aware of his real teaching. A stormy protest ensued in which Paul feared for his life and was rescued by the Roman police, to whom he declared for his protection that he was a Roman citizen. This surprising announcement was the end of Paul's association with the Jerusalem Church, to whom the Romans were the chief enemy.[4]"

Despite Paul's claims, there is evidence that the original apostles did not recognize Paul as an apostle, since there was only twelve at any time.

Jesus had approved of Paul's message[edit]

"Paul had received his doctrine from the risen, glorified Lord. Paul called these doctrines “mysteries” (μυστήριον) or “secrets.” Paul used this term because the teachings the Lord gave him were secrets, i.e., doctrines the Lord had revealed to no one before.[5]"

According to Paul, Jesus had approved of Paul's message over that of the other apostles. That is not independent verification.

It is also contrary to Jesus designating Simon Peter as the one who will found his church. Matt 16:15-19