For more information, see the TalkOrigins Archive article:
An evolved mind is fallible, its conclusions untrustworthy 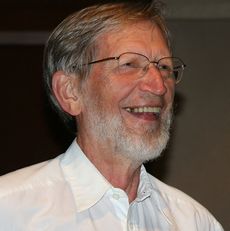 The evolutionary argument against naturalism, also known as the argument from the reliability of our rational faculties,[1], is an argument advanced by apologists including Alvin Plantinga to show that metaphysical naturalism contains its own "defeater": if our beliefs are a result solely of natural processes, then they are unreliable. Thus, the belief that only nature exists is itself suspect.

In the same article, Plantinga also claimed that naturalism is an "honorary religion",[2] which is similar to the claim that atheism is a religion. The argument is similar to the claim that atheists cannot know anything, which is based on unrealistic standards for knowledge. Plantinga essentially claims that we do have a faithful perception of reality and then goes about trying to find the best explanation for it - however, his premise has not been justified! In this way, the argument is similar to the transcendental argument.

"The problem begins in the recognition, from this point of view, that the ultimate purpose or function of our cognitive faculties, if they have one, is not to produce true beliefs, but to promote reproductive fitness. What our minds are for (if anything) is not the production of true beliefs, but the production of adaptive behavior. [...] it does not guarantee or even suggest that our belief- producing processes are reliable, or that our beliefs are for the most part true. [...] But if [naturalism together with evolution] can't be rationally accepted, there is indeed a conflict between naturalism and evolution: one cannot rationally accept them both.[2]"

In brief, Plantinga argues that natural selection affects mental processes, not just physical characteristics. However, natural selection does not select for truth, only usefulness. That is, if a false belief helps an animal survive better than a true belief, then selection will favor the false belief. Therefore there is no guarantee that any belief we hold is true.

"The most famous version of the argument from reason is epistemological: if naturalism were true, we could not be justified in believing it.[3]"

"To have trustworthy convictions, we have to have properly functioning noetic equipment (i.e., a brain, spinal cord, sensory apparatus, etc., that recognize reality). But can a strictly materialistic, non-teleological, evolutionary process produce such reliable equipment? [...] In order to accept the naturalistic evolutionary explanation for the development of our noetic equipment we have to be agnostic about its reliability. All we would really know is that it works for evolutionary purposes, not for the purposes of discerning truth from falsehood. Evolutionary naturalism, it turns out, is a self-defeating argument. If we believe the theory, we have no reason to believe the theory is true.[4]"

This is hardly a new finding, as many philosophers have questioned the reliability of sensory perception, cognition and memory, including René Descartes and David Hume.

"But then with me the horrid doubt always arises whether the convictions of man's mind, which has been developed from the mind of the lower animals, are of any value or at all trustworthy. Would any one trust in the convictions of a monkey's mind, if there are any convictions in such a mind?"

The argument depends on evolution being unlikely to result in a mind that faithfully perceived reality. However, Alvin Plantinga's formulation contains many ad hoc assumptions in its probability analysis that are not justified. His conclusion is doubtful at best.

Plantinga's argument seems to favor an unjustifiably simplistic view of instinct. Certain learning behaviors appear to be instinctual, such as the drives to acquire language, to connect socially with certain other individuals, to investigate novel objects and places, and to hear and tell stories. Evolution has good reason to select for individuals with an accurate understanding of (at least some parts) of the world because this is the most economical and foolproof way to ensure survival and reproduction. For example, in the tiger example, it would be possible for a person to be ambivalent about being eaten, or even desire it, but to have instincts that cause him to run away. However, this would require a different set of instincts for each sort of threat, and/or a complex justification to arise that would cause him to usually act so as to avoid death, even if he doesn't mind dying.

In contrast, giving a human being a sense of pain, a general desire to avoid injury, and an accurate understanding of what might cause injury, is in fact a much simpler and more effective solution. It is less likely to malfunction in unusual circumstances and requires less complexity and power in the brain. Just a few instincts could account for almost all survival situations. One would expect, therefore, that evolution would be far more likely to select for individuals who try to behave according to a roughly accurate understanding of their world and useful goals, than individuals with a large and unwieldy set of instincts designed to elicit just the right behavior in every circumstance. The latter solution is too vulnerable and too unnecessarily complex to be favored.

One final way to drive the point home would be to parody the argument this way: why, when a tiger runs towards a man, does he see the tiger and run from it? Why does he not instead hear a friend calling from the opposite direction and run for that reason? This situation is analogous, because accurate perception through hearing and vision are also complex, evolutionarily selected traits, but both can only be selected for due to the behaviors they elicit. By Plantinga's argument both solutions should be possible evolutionary adaptations. But though both of these possible tiger-aversion strategies would accomplish the same goal, only one could be reasonably expected to evolve, because the other would require the evolution of a far more complex, less generalizable, and easily confused faculty to accomplish the same objective.

Evolution can account for traits of the human mind that are not well designed to accurately model the world, such as certain forms of superstition, anxiety disorders, inflated self-esteem, and optical illusions. It also provides at least a rough explanation for why human beings are not good at certain types of thought and information processing and are prone to logical fallacies and cognitive bias. Creationism or intelligent design cannot adequately explain these features of the human mind, nor generally predict other areas in which human beings may be prone to error.

Apologists are right in that naturalism does not allow for absolutely certain knowledge. However, beliefs are inherently unreliable. If two persons hold conflicting beliefs, at least one of them has to be wrong. If their alternate conjecture is that evolutionary explanations of our mental faculties are wrong and beliefs are reliable, then their argument is the one that's self-defeating.

If our beliefs were always reliable we wouldn't need science, which is a method for investigating the world without becoming victims of our cognitive biases.

Beliefs interact with each other[edit]

If one is unsure about a belief, one can try to find ways to corroborate or disprove it. If someone senses someone walking around outside their house, they can listen for footsteps, and go look for footprints. Each of these beliefs ("I had a sensation of someone walking around", "I thought I heard/didn't hear footsteps", and "I thought I saw/didn't see footprints"), in isolation, could be wrong. However, if all three point in the same direction (either there was a feeling, and footsteps, and footprints; or no feeling, no sound, and no footprints), then the conclusion becomes more reliable.

In fact, science is a method for finding out which of our beliefs are true.

It is possible to imagine scenarios in which a person holds two or more erroneous beliefs that do not contradict each other, leading that person to a false conclusion. Most of these, however, are either obviously ambiguous, or contrived.

Other means of interpreting truth[edit]

Even if Plantinga's assertion were true, it does not mean that natural selection is self-denying. When searching for truth, there are more factors included than just what natural selection has to say on the issue. One such factor would be rational and logical thought as it helps us to determine truth without coming to a road-block and halting, as this argument would suggest we do. This argument in particular does not prove that truth is unknowable, nor does it prove any aspect of religious doctrine. It fails to address any other aspects of the mind or used in the search of truth, and therein lies a fatal flaw.

This is basically the transcendental argument reworded to be like the evolutionary argument.