Jesus existed and was deified by later Christians

From Religions Wiki
(Redirected from Jesus was deified by later Christians)
Jump to: navigation, search

For more information, see the Wikipedia article:
Split of early Christianity and Judaism 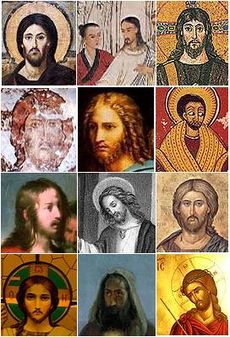 Was Jesus a normal man and religious teacher, executed, then later revered as a God by his followers?

Jesus existed and was deified by later Christians is the theory that Jesus historically existed and was a minor preacher who had some followers who believed he was the son of God and the Messiah. This gained the attention of a few fanatical followers, such as Paul the Apostle, who founded Christianity and deified Jesus. This is sometimes called the reductivist position and is of the the theories about the existence of Jesus. The divinity of Jesus is a controversial subject, particularly how and when this view developed and gained general acceptance. Early Christian church encompassed a wide range of views on the subject. Summarising the general view of scholars, such as Andrew Chester and James Crossley:

"Many christians assume that Jesus was recognised as divine in his lifetime, but most scholars say that references to people “worshiping” Jesus in the gospels refer to a high degree of respect and devotion, but not to worship as to God, which would have been very difficult for a good Jew. Instead, they say, belief in Jesus’ divinity developed over time. The question at issue is over what period of time? [...] At the very least, John’s gospel (generally dated to the late first century) clearly portrays Jesus as God [...] Within this range, the scholars cannot agree – some say Jesus was worshiped as divine shortly after his death, others that this belief and practice were much slower to be adopted. [1]"

Because of the lack of reliable evidence, it is quite difficult to be confident of the similarities or differences between the early church and modern Christianity.

Richard Carrier argues that there are three minimal facts that need to be supported for any historical Jesus theory to be viable:[2]

If any of these are false, then we can say that a historical Jesus did not exist.

The existence of Jesus is the mainstream historical view but some historians criticise the historicity of Jesus, including Thomas L. Thompson. An early reference to Jesus might be in Galatians 1:19

, which says James the Just is the brother of the Lord. Historians like James F. McGrath say this statement is an indication of a family relationship. Mythicists such as Richard Carrier disagree saying this is a religious title, similar to brothers in the Lord. [3]

Jesus is a central character in the Gospels. While historians agree there are fictitious elements in the gospels, they do not agree if it is entirely fictitious.

Apologists often argue that other historical figures are accepted on weaker evidence than Jesus.

Insufficient evidence of the divinity of Jesus[edit]

Historians would require extensive evidence to consider a historic person divine. The New Testament may have some historical aspects but it is generally unreliable and certainly biased in religious matters. Ernst Troeltsch argued that there must be some analogy between historical events and current events, which generally rules out supernatural causation. [4] Therefore, historians implicitly believe Jesus was not divine.

Historical figures can be quickly deified[edit]

Some historical figures were quickly deified, sometimes even in their lifetime e.g. Haile Selassie, Prince Philip Movement, etc. Jesus may have existed but all that remains is the legends created by his devote followers.[2]

There are historians wrote argue a part of the early Christian did not accept the divinity of Jesus, including Bart D. Ehrman.

"[...] in our earliest sources Jesus is always distinguished as a different entity from God, and as his subordinate.[2]"

Main Article: Most scholars accepts the basic facts of the resurrection

Almost all scholars accept that some parts of the New Testament a myth. Many historians believe that most of the New Testament is myth.[2] It has been generally assumed among historians that these myths originated in some historical event, partly because this was the traditional view. There are many different historical Jesus theories which widely vary in which parts of scripture are myth or facts, and for which historians have not been able to reach a consensus. Apologists often make an argument from authority based on Biblical scholars that the historical theory is mainstream and that myth theories are fringe.

"No serious scholar has ventured to postulate the non-historicity of Jesus.[5]"

If Jesus was a famous teacher who was later deified, there should be records of his life and actions. Jewish and Roman historians record many other false Messiahs and prophets but Jesus is not mentioned (if you discount forged records). Of course it is possible that Jesus was an obscure religious teacher who became famous after his life based on the fictional legends told about him.[2]

The Bible is not a reliable source and not written by eyewitnesses.

The earliest records are the epistles of Paul the Apostle but these are extremely vague about Jesus, his biography and his disciples. It is therefore extremely difficult to be certain about any biographical claim about Jesus.[2]

Earliest parts of the New Testament treat Jesus as spiritual[edit]

According to some historians, the episodes of Paul the Apostle don't refer to Jesus as having an earthly existence but instead only a "cosmic man". Jesus may be originated as an entirely mythic character.[2]

Jesus was accused of blasphemy[edit]

"According to Mark 14:62, Jesus affirmed the chief priests question that He is the Messiah, the Son of God, and the Coming Son of Man who would judge the world. This was considered a claim for deity since the eschatological authority of judgment was for God alone. [6]"

Explicit claim in the Gospel of John[edit]

The most explicit Biblical claim of the divinity of Jesus is in the Gospel of John John 1:10

. This was written decades after the epistles of Paul, which seems to take a different view. Presumably the Gospels were a reflection of the church at that time (end of the first century).

The New Testament is not reliable[edit]

Some historians throw out the Gospels and Acts entirely as complete fiction, and focus on the early Epistles and other contemporary sources for interpretation. This approach is used by Richard Carrier.

"[...] historians defend dozens of completely contradictory theories of the historical Jesus, yet all are accepted as plausibly by mainstream academia, even though such acceptance should be a scandal. A field that generates dozens of contradictory conclusions about the same subject is clearly bereft of anything like a reliable method.[2]"

Richard Carrier has criticized mainstream historians for using flawed methodologies and not examining the more plausible versions of the Jesus myth theory.[2]

Some writers claim that Christianity originated as an amalgamation of earlier pagan religions, but this theory has fallen into disfavour.

Other Christian ideas, including the Trinity, were very likely a later development which was not generally accepted by the earliest believers.