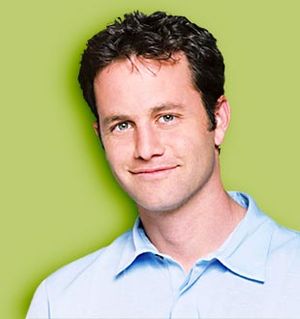 Kirk Cameron is a former teen idol and child actor, best known for his role as Mike Seaver on the 1980s sitcom Growing Pains. He says he used to be a devout atheist, until he asked himself "What if I'm wrong?" Today he is an ardent apologist, appearing in the movie version of Left Behind, and hosting The Way of the Master with Ray Comfort. Kirk also starred in the movie Fireproof in which he portrays a firefighter who, during marital struggles, follows his father's suggestion to turn to God and the Bible to try to save the marriage.

After converting to Christianity, he began to insist that story lines be stripped of anything he thought too adult or racy in Growing Pains. This caused a rift between him and the cast and the ultimate demise of the show.