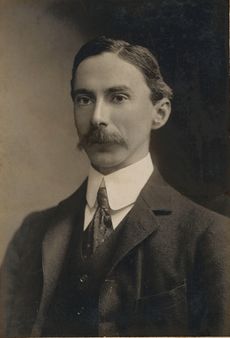 Russell's paradox is a famous paradox arising in elementary set theory that was discovered by Bertrand Russell. In simplest terms, it points out the logical inconsistencies that arise from allowing a set to be considered a member of itself.

One illustration of the paradox is the following:

The paradox can be avoided (in this case) either by explicitly ruling out the possibility of a catalog listing itself (in which case there's no need to specify that the catalogs "don't list themselves") or by defining a "catalog of books owned by the library" as a different kind of thing than the "books owned by the library". See Zermelo–Fraenkel set theory and Von Neumann–Bernays–Gödel set theory for how Russell's paradox is overcome in formal set theory.

The Kalam cosmological argument can be seen as being vulnerable to Russell's paradox when it considers the universe, which might be defined as the set of "all things that have come into existence", as being something that has come into existence. See the Kalam article for details.