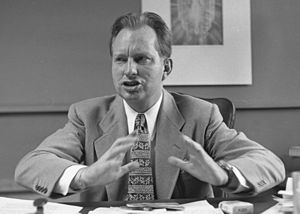 For more information, see the What's The Harm? article:
What's the harm in Scientology?

"I’d like to start a religion. That’s where the money is."

"The only way you can control anybody is to lie to them."

Based on their absurd beliefs and statements of their founder and members, Scientology is nothing more than a grandiose money-making scam invented by an unscrupulous charlatan with no regard for the psychological well-being of others. The Church is extremely wealthy and draws attention from the fact that several prominent celebrities are members. The Church is avidly opposed to the fields of psychiatry and psychology (while itself using a form of psychotherapy).

Scientology is an unusual religion in that its dogma is not outwardly publicized by the group. This is similar to the mystery cults of the ancient Greek world. However, ex-members have leaked documentation that describes their core theology and practices. Scientology is extremely fond of jargon, with a whole galaxy of terminology that is used to describe its world view. [3] 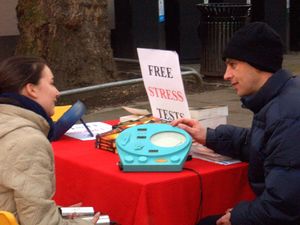 A scientologist conducting the usual "free stress test" scam, with an E-meter on the table. The woman on the left is holding an electrode in each hand.

Scientologists often prosthelytize using a "personality test" or a "free stress test". No matter how one scores on Scientology's personality test, the tester informs the inductee that that there is something wrong with their personality that Scientology can help with. This leads to a process called "auditing", a form of psychotherapy based on the pre-existing idea of person-centered therapy[4], involving a device called an E-meter. The E-meter is a device with two handles that measures the electrical resistance in the human body. The E-Meter is a variation of a Wheatstone Bridge, which determines resistance of an unknown component, in this case, the skin of the subject. Due to galvanic skin response, the resistance of skin can vary significantly in conjunction with the state of mind of the subject. [5] According to Scientology doctrine, this device measures "thetans", which are distraught souls inhabiting our body. By auditing, Scientologists hope to achieve what they call "clear" which is supposedly a higher mental state. [6]

The e-meter is primarily used as a tool for "auditing", however, it is also used as a makeshift lie detector during "Security Checks", which are semi-annual interrogations used to discover criminal and subversive behavior in people as young as 6 years. The church may use information derived from these checks to blackmail individuals who become critical of the cult. The church has methods of interrogating even uncooperative subjects. By strapping the e-meter's electrodes to the soles of the feet, or into the armpits of the subject and asking questions, the interrogator can attempt to determine answers even if the subject refuses to speak. However, attempting to detect a lie using this or any other current technology is mere pseudoscience. [7] The E-meter is more effective as a tool of intimidation and deception, rather than being an effective lie detector.

Scientology has various stages that members pass through, which get progressively more expensive as the Scientologist is compelled to purchase more and more materials and books related to the doctrine. After spending about $150,000, [8] the Scientologist reaches stage OT III, short for "Operating Thetan level 3", where the secret story behind the thetans is revealed. This story has been leaked by people who have escaped from the religion with written documentation that the church has claimed as its copyrighted material; this has inadvertently authenticated its content!

It begins 75 million years ago with a galactic dictator named Xenu, who had a problem with overpopulation on many of the planets he ruled over. He tricked billions of aliens into being frozen and loaded onto rocket ships which were exactly like DC-8 airliners except with rocket engines. The rocket ships were sent to Earth, then called "Teegeeack", and the aliens were placed next to several specifically named volcanoes (most of which were not even in existence 75 million years ago, unbeknownst to geologists of Hubbard's time), and exploded with hydrogen bombs. The souls of the dead aliens are said to have roamed the Earth until they could find human bodies to attach to. Scientologists proclaim that thetans occupying our bodies are the source of all our mental problems, and that Scientology is the only way to get rid of the thetans. The way to remove the thetans is covered in later courses, up to OT VIII, which contains the most secret doctrines in Scientology.

Of course, there is no evidence that any of this is true apart from the say so of L. Ron Hubbard. The adult cartoon comedy series South Park adapted this story as part of their show [22].

Scientologists generally believe that humans are immortal spirits that have past lives and will be reincarnated; although the church distances itself from the eastern concept of reincarnation. [10] They believe in a supreme being they refer to as the Eighth Dynamic but the concept is loosely defined so as to be arguably compatible with other monotheistic religions. Scientology teaches that man's potential capabilities are infinite but not yet fully realized.

Silent birth is the recommended child birth practice of Scientology. No one should speak and absolute silence is ideal but not necessarily expected. [11] Birthing mothers are also encouraged to forego pain relief drugs, following the teaching of L. Ron Hubbard, but it is not mandatory. [12]

The church strongly opposes psychiatry and "mind-altering drugs" which it considers to be destructive. Scientology does not oppose other medical treatments. Scientology opposes the consumption of recreational drugs. Front groups for the church, incuding Narconon and drugfreeworld.org, spread their message in a supposedly secular fashion. It justifies these claims by their alleged results while practicing Scientology (rather like the Just hit your knees argument):

"one discovers for oneself that the principles of Scientology are true by applying its principles and observing or experiencing the results. [13]" 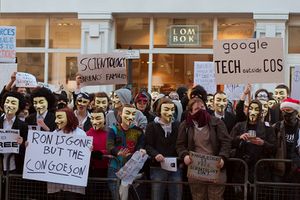 Fair game is (or was) a Scientology practice that allows for any and all methods to be employed against the church's enemies. It was instituted in 1950s, supposedly cancelled in 1968 but mentioned in internal documents until at least 1980. In 1985, the church argued in a US court that "fair game" was a "core" practice in Scientology and therefore was protected under the First amendment which guarantees religious freedom (the court rejected this argument). [14] Perhaps because of this policy, critics of the church are often objected to intimidation, harassment, character assassination and other legal or illegal measures. [15] The cancellation of "fair game" in 1968 merely only forbade the use of that term and not the practice of harassing critics. [16]

"Fair game. May be deprived of property or injured by any means by any Scientologist without any discipline of the Scientologist. May be tricked, sued or lied to or destroyed. [17]"

The church denies "fair game" was a mandate for illegal punishment. Some have claimed that other policies are more significant in explaining the churches actions, such as "The Responsibilities of Leaders". [18] Harassment of critics by the church continues to this day and is referred to as fair game by the church's critics.

"A truly Suppressive Person or group has no rights of any kind and actions taken against them are not punishable." 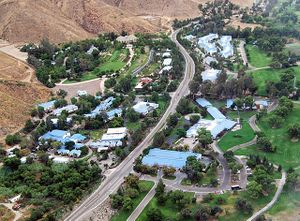 Gold Base is the church's international headquarters and has a significant number of Sea Org staff. In the 2000s, it contained a punishment facility referred to as "The Hole".

For more information, see the Wikipedia article:
The Hole (Scientology)

The Sea Organisation or "Sea Org" is a religious/paramilitary order of the most dedicated Scientologists and the church leadership. It has been discribed as a "cult within a cult". [19] Many of the church functions are carried out by Sea Org members. Members are expected to commit to the organization with a billion-year contract. Rank and file Sea Org members are provided with basic shared sleeping quarters and a basic income but are not allowed to have children or marry outside the organisation. Women who become pregnant are required to have an abortion, which in some cases is allegedly coerced, or leave. Contact with people outside Scientology is strictly limited, with their communications and activities being monitored. Many stories of long working hours and abuse have surfaced from people who have left the organization. The organisation is accused of holding people in isolation in poor conditions as a means of punishment, either by force or by the fear of being shunned by their social group. [20] [21]

For more information, see the Wikipedia article:
Scientology and law

The Church of Scientology and their associates are vexatious litigants and have been involved in many court cases. [22]

"The purpose of the suit is to harass and discourage rather than win."

— L. Ron Hubbard, The Scientologist, a Manual on the Dissemination of Material, 1955