The Way of the Master 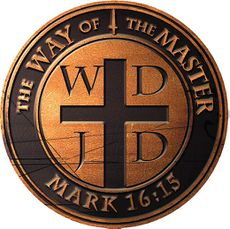 The Way of the Master logo. 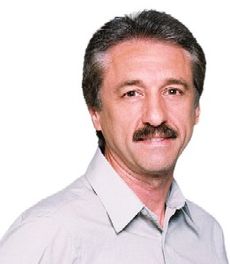 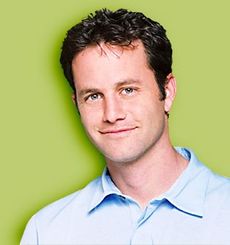 The Way of the Master is an evangelical ministry created by Ray Comfort and Kirk Cameron to train Christians in the art of apologetics and open-air evangelism. This ministry, in cooperation with Comfort's Living Waters Publications, produces a number of training courses, radio and television programs.

The television portion of this ministry airs on 15 Christian networks and has received numerous awards from Christian organizations. While popular among evangelicals, the real "break out" moment for the series was the banana argument from Season 1, Episode 7. A number of internet humor sites carried the clip of Ray declaring that the banana was "the atheist's nightmare", as he considers it an obvious testament to Intelligent Design.

The Way of the Master logo incorporates a Latin cross, as well as the letters WDJD, standing for "What Did Jesus Do?". It also contains a reference to Mark 16:15, reading:

And he said unto them, Go ye into all the world, and preach the gospel to every creature.

Street interviews are a regular feature of the series online though it is unclear to Iron Chariots what criteria the Comfort team use to decide which videos to broadcast or whether those shown on the videos consent to the broadcast.

Arguments used in the series[edit]