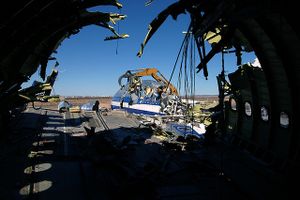 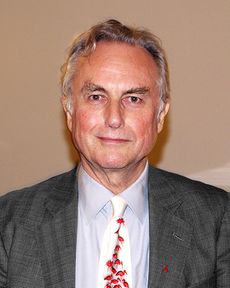 "However statistically improbable the entity you seek to explain by invoking a designer, the designer himself has got to be at least as improbable. God is the Ultimate Boeing 747."

Similar ideas about the weakness of design as an explanation were stated in David Hume's earlier book Dialogues Concerning Natural Religion [2]. Hume also uses the idea of improbability implying non-occurrence in his essay Of Miracles.

Dawkins does not explain how exactly the 747 Junkyard argument should be applied to God. He does state that his version "comes close to proving that God does not exist". The direct application of the argument to disprove God is as follows:

However, given the summary at the end of the chapter, it is also likely the argument is intended to undermine God as an explanation:

In other words, using God as an explanation suffers from infinite regress. Dawkins goes on to say evolution is preferable to both chance and design explanations. Erik Wielenberg wrote an alternative formulation of the argument. [2]

A typical defence is to assert that God is a simple. [2] This depends on equivocation of "simple" being defined in a theological sense rather than the sense used in the argument. This prevents the improbably argument from applying to God. By defining God using obscure terminology, Dawkins commented apologists are "defining themselves into an epistemological Safe Zone where rational argument could not reach them because they had declared by fiat that it could not." [3] No simple system (in the everyday sense) has ever been observed to design a complex system. To arbitrarily insist on exceptions to generally accepted rules, such as the principle that a designer is more complex than their designs, is a form of special pleading.

A system cannot be less complex than any one of its parts. If God has complete knowledge of the entire universe, he must be at least as complex as the universe. David Hume pointed out that a simple God would be incapable of thought or emotion. [4]

God may also be defined as spiritual or having some property that makes the usual meaning of complexity irrelevant:

"But of course God is a spirit, not a material object at all, and hence has no parts. A fortiori (as philosophers like to say) God doesn't have parts arranged in ways unlikely to have arisen by chance. Therefore, given the definition of complexity Dawkins himself proposes, God is not complex."

These are are common beliefs about God, but without evidence this is another ad-hoc special pleading defence. The definitional defence can also be a form of Loki's Wager in that complexity is claimed to be undefined in the case of God.

God formed by a non-random process[edit]

The argument is based on God being formed by a random process. This is difficult to establish by evidence or argument. However, it is in keeping with intelligent design's tendency use the false dichotomy of order or design as the only causes of order. The hypothesis that God was designed would likely be rejected by most believers, leaving chance as the only possible cause.

God is sometimes considered as a necessarily existent being, [2] however this is simply defining God into existence without any basis. If the universe is assumed to not have this property, it is a form of special pleading.

It undermines the argument but does not disprove God[edit]

William Lane Craig said "At most, all that follows is that we should not infer God's existence on the basis of the appearance of design in the universe." [6] Craig only addresses the summary at the end of the chapter and ignores Dawkins's argument completely.

It is unreasonable to require an explanation for every explanation[edit]

William Lane Craig said of this argument: "If we required explanations of explanations, we'd end up in an infinite regress and we could never explain anything." However, the argument requires no such thing and his point is a straw man.

Disproves a God that no one believes in[edit]

Most monotheists don't believe that God had to come into existent but was necessarily existent instead. This is rather an ad hoc assumption but since it cannot be discounted, it effectively sidesteps the ultimate 747 gambit. [7]