Difference between revisions of "User:Sans Deity" 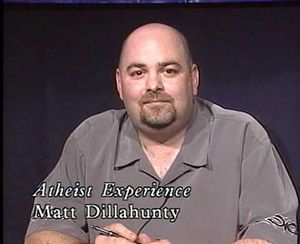 Sans Deity is the online handle of Matt Dillahunty.

Raised as a Southern Baptist, he began a broad, prolonged investigation into all things religious in an attempt to bolster his faith and pursue a career in the ministry. This investigation continues, though he long ago abandoned faith and religion in favor of skepticism, reason, logic and scientific evidence. His interest in apologetics led to the creation of IronChariots.org, though the site's current incarnation is the result of the combined efforts of many dedicated individuals.