Difference between revisions of "Young-Earth creationism"

For more information, see the TalkOrigins Archive article:
The Age of the Earth

For more information, see the What's The Harm? article:
What's the Harm on Evolution Denial 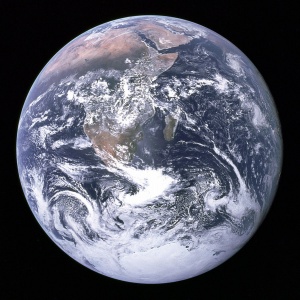 Young-Earth creationists (YECs) believe that God created the Earth and all life on it in six 24-hour days, exactly as described in Genesis, and that the universe (and by extension the Earth) is less than 10,000 years old. These YEC claims contradict a number established scientific and historical precepts.

"Young Earth Creationism does even more damage to faith, by demanding that belief in God requires assent to fundamentally flawed claims about the world. Young people brought up in homes and churches that insist on Creationism sooner or later encounter the overwhelming scientific evidence in favor of an ancient universe and the relatedness of all living things through the process of evolution and natural selection. What a terrible and unnecessary choice that then face! To adhere to the faith of their childhood, they are required to reject a broad and rigorous body of scientific data, effectively committing intellectual suicide."

For more information, see the Skeptic's Annotated Bible article:
When were the stars made?

"In fact, the debate is between creationism and the whole of science as we know it. If the universe is less than 10,000 years old, then: all of geology and biology are wrong; the speed of light has been wrongly calculated, so Einsteinian physics is wrong; the distance and speed of other galaxies has been wrongly calculated, meaning that all of astronomy and therefore Newtonian physics are also wrong. For informed people to challenge accepted scientific orthodoxy on the basis of proper evidence is always healthy, but to debunk the whole of science on the back of a story passed down by some Iron Age goat-herders is just self-delusion. [1]"

The formation, lifecycle and end of stars is broadly understood by scientists. Observable stars are seen at all stages of the stellar lifecycle. If the universe was very young, stars would be of the same age. Also, individual stars would take billions of years to reach their current state: our sun is 4.6 billion years old. [2]

For more information, see the Wikipedia article:
Age of the universe

Modern cosmology has established that the universe as we know it is about 13.7 billion years old. This is, by far, much older than what creationists say. This age estimate is largely based on the immense distance of our galaxies and their speed they are moving away. The evidence consistently correlates with the model of the Big Bang.

One topic that comes up frequently is the age of Earth. Young-Earth creationists believe that Earth is about 6,000-10,000 years old. This contrasts with radiometric dating of the Earth, which puts its age at 4.6 billion years. Rocks from space also have been dated around 4.6 billion years. Geologists also track changes in the Earth happening over millions of years, such as plate tectonics and mountain building. Other signs the Earth is ancient include:

"It not infrequently happens that something about the earth, about the sky, about other elements of this world, about the motion and rotation or even the magnitude and distances of the stars, about definite eclipses of the sun and moon, about the passage of years and seasons, about the nature of animals, of fruits, of stones, and of other such things, may be known with the greatest certainty by reasoning or by experience, even by one who is not a Christian. It is too disgraceful and ruinous, though, and greatly to be avoided, that he [the non-Christian] should hear a Christian speaking so idiotically on these matters, and as if in accord with Christian writings, that he might say that he could scarcely keep from laughing when he saw how totally in error they are. In view of this and in keeping it in mind constantly while dealing with the book of Genesis, I have, insofar as I was able, explained in detail and set forth for consideration the meanings of obscure passages, taking care not to affirm rashly some one meaning to the prejudice of another and perhaps better explanation."